An unbeaten St Tiernans met an unbeaten Davitt college in today’s 1st year winner take all perpetual trophy final . In an exciting encounter in Bofeenaun played at a very high tempo, our first year boys came out on the right side of a one point win . The game started with Davitts in complete control scoring 1-2 without reply. Our boys eventually found their rhythm and with scores from Oisin Cosgrove, James O Boyle and Oisin Deane soon were back in the game and beginning to impose themselves. A fortuitous goal which went In over the keepers head just before half time left the sides at 1-5 each. The second half started much like the first with Davitt College scoring a goal straight from the throw in but with Nathan lynch marshalling their danger man and Kevin Walsh and Aaron Coggins launching attack after attack from the half back line we were soon level . The last 15 mins was played at a frantic pace with Patrick O Malley solid in the air and kickouts and commanding displays from our full back line of Darragh Walsh , Noah O Malley and Shane Lynn we repelled their running game, our half back line began to dominate and put Davitts on the back foot. Oisin Cosgrove and Adam Mills put in an unforgettable hour of football, working hard for every ball. While our half forward line of Liam Clancy who was very assured and clever on the ball, Oisin Deane who was brilliant  throughout pulling the strings setting up scores and finishing while Jack O Reilly ran himself into the ground . Our full forward line of Oisin Langan who scored a great free kick from the right side  , James O Boyle at full forward who was a menace to the defence throughout and took some beautiful scores , while Oran Jordan showed for every ball and was very smart in possession. Today our boys played very well but they are unbeaten because every player on the panel has played and added something .    Massive thank you to the parents who came to support , no doubt the encouragement from the sideline helped us dig that bit deeper when needed in the last few minutes. We will enjoy this one and continue to try and improve during  our league campaign after the Christmas. 1st year Boys 1) Patrick O Malley 2) Darragh Walsh 3) Noah O Malley 4) Shane Lynn 5)Aaron Coggins 6)Nathan Lynch 7)Kevin Walsh 8)Oisin Cosgrove 9)Adam Mills 10)Liam clancy 11)Oisin Deane 12)Jack O Reilly 13)Oisin Langan 14)James O Boyle 15)Oran Jordan -Fionn Kilbane Searle - Stephen Devers - Bernard McDermott - Liam Murphy - Ciaran Canavan - Darragh Duffy - Aiden McNeely 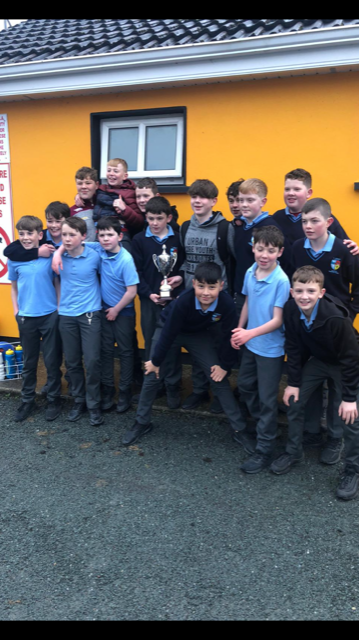 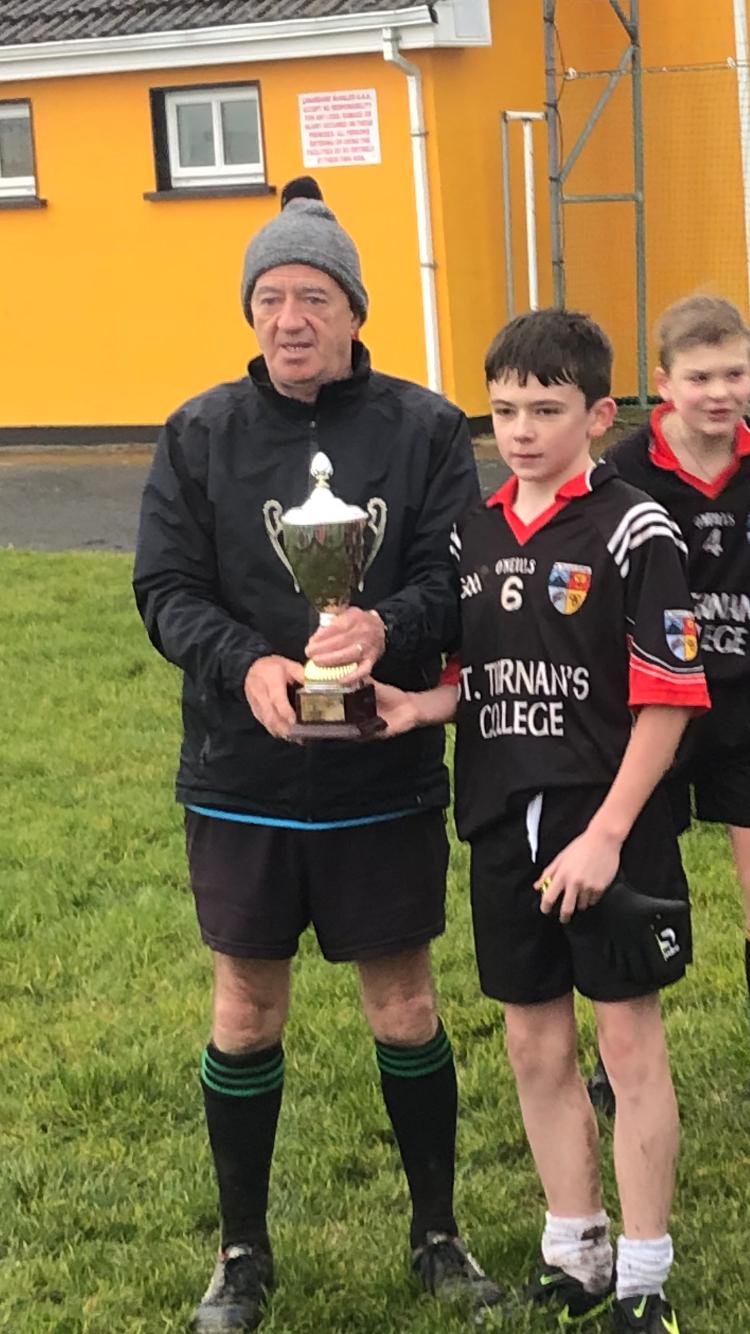 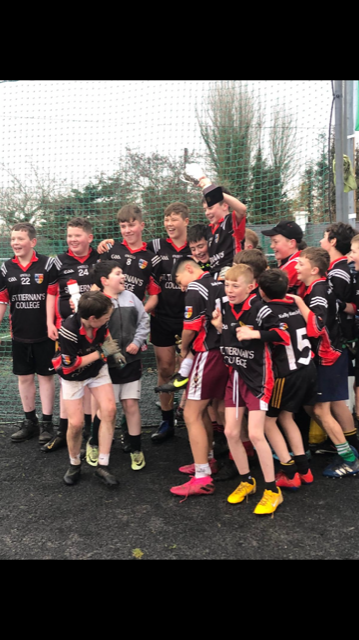